Why India’s Anti-Corruption Agencies are so Ineffective? 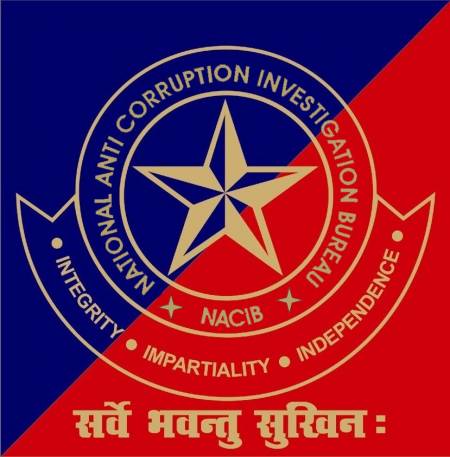 “People think that Corruption simply means Bribery in general understanding, It is more than that. Corruption Means Injustice, misuse or disorder in morality, monetary, mental , Physical etc. Corruption Of any Kind are nuisances to the society. Corruption is the root cause of all the evils in the society. It hampers progress. It brings unhappiness. It Brings war. Corruption brings Crime in society.” http://nacib.in/

Independence of the CBI, or lack of it, is an issue that has also been noticed by the Supreme Court. In the landmark Vineet Narain case, it gave extensive directions to the government to secure the independence of the CBI and the Enforcement Directorate (ED), but that is not ruling political elites ever want to do.

But unwilling politicians are not the only reason. Experiences of many other countries reveal that the anti-corruption agencies (ACAs) fail to do their best also due to a lack of public involvement and insufficient accountability. These reasons apply to the Indian ACAs too because the flaws are mostly institutional. Under the current setup, independence or autonomy of the CBI will always remain a myth. First of all, it needs sanctions for prosecuting corruption cases against public servants and in some situations it even needs permission to register cases. Again, the government must grant approval if the CBI losses a case in the trial court and wants to appeal to the higher court. Like a small boy, it needs to ask its daddy for every thing.

How the CBI is staffed: Senior level CBI officers come from the Indian Police Service who owe their allegiance to their employer – the government. So, they are government employees. Can anyone go against his own employer and jeopardize the future well being? This also explains why senior bureaucrats feel so invincible and above law.  This put a clear bias in their investigation where their higher-ups are involved.

The government claims to have a “three pronged strategy for prevention, surveillance and detection” to contain corruption. The preventive vigilance functions of the ACAs is a multi-agency combined force of the Department of Personnel & Training (DoPT), Central Vigilance Commission (CVC), CBI and Chief Vigilance Officers (CVOs); it virtually exists on paper only. Low registration of cases and low conviction rates point as much to poor vigilance as to ineffective investigation and prosecution.

In 1997, the SC perhaps tried to create a powerful single agency by empowering the CVC with powers of supervision and control over vigilance administration and corruption cases as well as over CBI investigations. The SC directive intended to insulate appointments, investigation and prosecution from government control (read the DoPT). This experiment with independence failed for obvious reasons.

Why Merely Creating a Single Agency is Not Enough

In trying to create a single agency system, was the SC relying far too much on independence and autonomy? Studies show that having accountability and formal independence, though desirable, are not sufficient in themselves because they can be easily subverted by political factors. The Global Integrity Report also shows that there are many countries besides India where agencies are in law protected from political interference, but fare poorly in practice. The United States on the other hand, without any formal law, does well in insulating its ACA.

There are other supportive factors that are essential if the paper independence and autonomy have to make any sense. Some important factors are: simple effective laws, simple procedures, efficient courts system, and transparent financial system. The experience of Hong Kong shows that public and civil society participation is important to eradicate corruption, as are the freedom of information laws. India enacted the RTI Act still has no whistleblower protection law – so an RTI activist has to risk his life if wants to expose any powerful figure.

I am a firm believer in healthy people (mind and body both), healthy societies and healthy environment. Please feel free to comment, share and broadcast your views -- I like rational and intellectual discussions. Thanks for stopping by. Have a Good Day!
View all posts by Goodpal →
This entry was posted in Corruption and tagged anti corruption agencies in India, cbi officers, Central Vigilance Commission, conviction rates, corruption cases, Enforcement directorate, indian police service. Bookmark the permalink.

3 Responses to Why India’s Anti-Corruption Agencies are so Ineffective?